Have You Heard About Burma 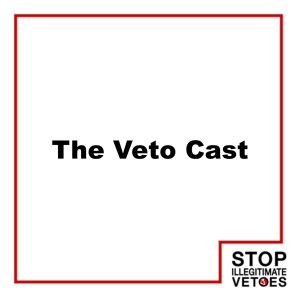 The Veto Cast
Have You Heard About Burma

Burma first caught the eyes of the world during the 2007 Saffron revolution when munks took the streets to protest against the regime. With the help of Mya Lay we tell the story of what happened in the Saffron Revolution and what Burmas rocky road towards democracy looks like from a Burmese perspective.
If you haven’t heard about Burma, now is the time!

Download the transcript as a PDF-version: Episode 4 – Have you heard about Burma, or read the full transcript of the episode below: END_OF_DOCUMENT_TOKEN_TO_BE_REPLACED

The Responsibility to Protect

The Veto Cast
The Responsibility to Protect

Over 4 million people have fled Syria, 320 000 have been killed. The actual number is probably even higher, but this episode is not about numbers. Instead we tell you what could have been done, but tragically was not. We give you the story of how the UN and the international community have failed in their responsibility to protect the Syrian people. Syrian journalist Qais Fares tells the story of how his work was made possible only by the presence of UN observers. The UN mission was in turn made possible by the passing of Resolution 2043. However, four critical resolutions were not passed because of ILLEGITIMATE VETOES.

Download the transcript as a PDF-version: Episode 3 – The Responsibility to Protect, or read the full transcript of the episode below: END_OF_DOCUMENT_TOKEN_TO_BE_REPLACED

The Veto Cast
The Hidden Veto

The HIDDEN VETO or the threat of a veto can have devastating consequences. The genocide in Rwanda was a hundred day massacre that could have been prevented by the UN. In this episode we explore the workings of the closed sessions of the security council and how the forum can be misused as a tool to pressure other UN members. We give you the story of how the UN failed the Rwandan people and with the help of the president of Rwandas democratic Green Party Dr Frank Habineza, we explore how the UN presence is viewed in Rwanda today.
LET’S UNCOVER THE HIDDEN VETO!

Download the transcript as a PDF-version: Episode 2 – The Hidden Veto, or read the full transcript of the episode below: END_OF_DOCUMENT_TOKEN_TO_BE_REPLACED

What is an illegitimate veto?

The Veto Cast
What is an illegitimate veto?

What impact does 70 years of vetoes have?

In the first episode of The Veto Cast we give you a crash course of the origins of the veto and touch upon the impact it has today. The impact it has on the workings of the UN, on the world and on you. This impact is one of the reasons behind why Stop Illegitimate Vetoes was founded. Our very own Hanna Wernerson and Daniel Kjellén explain the goals of the campaign and why we choose to focus on the veto. With the help of former Under-Secretary-General for Legal Affairs and the Legal Counsel of the United Nations, Hans Corell and Advocacy officer for Global Center for R2P, Ryan D’ Souza we explore the concept of an illegitimate veto. What is an illegitimate veto and what are the prospects for changing the attitude towards veto use?

Download the transcript as a PDF-version: Episode 1 – What is an illegitimate veto, or read the full transcript of the episode below: END_OF_DOCUMENT_TOKEN_TO_BE_REPLACED

What part does the veto play in conflicts such as the ones in Syria, Ukraine, Burma, Israeli-Arab conflict and the Rwandan genocide? And why should you care? This summer The Veto Cast will explore the effects of the illegitimate vetoes. You will hear voices from the corridors of power and from those at the heart of the conflicts. This is a preview of the summer podcast produced by Stop Illegitimate Vetoes and Uppsala Student Radio. The six part series premiers on the 7th of July.