A report accusing the Syrian government as well as the Islamic State for using chemical weapons in Syria has been presented to the United Nations Security Council, but due to Russian critique, it may not lead to any Security Council action.

The United Nations Security Council is, once again, deadlocked. On this occasion, the disagreement concerns a report, published by the United Nations and Organization for the Prohibition of Chemical Weapons (OPCW).  The inquiry, conducted by mentioned organisation, concerns the use of chemical weapons in Syria during the current conflict, and has been going on for over a year with the authorisation of the Security Council. Apart from concluding that troops belonging to the Islamic State used sulphur mustard gas, the report also held the Syrian government responsible for the use of chlorine gas attacks.

In 2013, after crossing US President Barack Obama’s “thin red line,” the Syrian regime yielded to the demand to destroy its chemical arsenal in accordance with a deal struck between Russia and the United States. The Security Council supported the deal with a resolution which prohibited all warring parties in Syria to use any chemical weapons. The resolution also stated that any further use of chemical weapons in Syria would result in measures under the United Nations Charter’s Chapter 7. “Measures under Chapter 7” would entail sanctions, and a Security Council mandate to use military force against the responsible actor.

However, the report by OPCW divided the Security Council’s key players; the five veto nations with France, the United Kingdom and the United States in one camp and Russia and China in the other. The latter ones have expressed their support for the Syrian regime, and the Russians have questioned the report’s accusation of the Syrian government for the use of chemical weapons, claiming the Security Council cannot use the conclusions to impose sanctions.

If Russia and China oppose a potential Security Council resolution nothing will happen. The veto right will entrench the status quo. As long as national interests govern, the situation will not change. While the Security Council tries to produce a resolution which will receive the approval of all veto nations, the Syrian conflict rages on, and people continue to die. [/fusion_text][fusion_text] 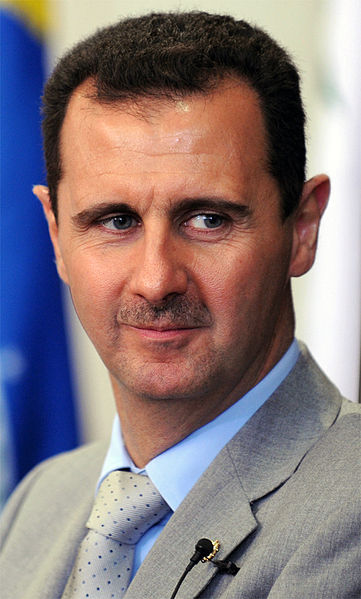