The United Kingdom under heat for withdrawal of police officers

The privilege of the veto also comes with responsibilities. A United Nations memo, questioning the United Kingdom’s “merits to hold a permanent seat at the Security Council” after its withdrawal of police officers from a peacekeeping mission in South Sudan, has made that clear.

Last week, Reuters reported the existence of an internal UN memo that appears to question the United Kingdom’s right to its veto at the Security Council. The memo comes after the UK, as well as Sweden and Germany, withdrew some of it police officers from a peacekeeping mission in South Sudan amidst heavy fighting in the capital Juba earlier this month.

“The departure of the police officers has affected the operational capability of the mission at headquarters level and has dealt a serious blow to the morale of its peacekeepers” read the memo. It continued to state that the withdrawal “can be considered a lack of respect to their engagement on peace and security” in reference the states that are also on the Security Council, which in this case means the UK with its permanent seat, and Sweden, who were recently elected to serve on the Council during 2017 and 2018.

The memo went on to question the UK’s right to a permanent seat when they themselves do not fulfill their obligations to peace and security in difficult situations: “This also raises the question of their merits to hold a permanent seat at the Security Council and mandating others on how to handle peace and security issues when they themselves are quick to abandon their post in challenging situations.”

The UK withdrew two police officers, Germany seven, and Sweden three, without consulting the United Nations. The memo also reported that the United States were planning to withdraw nine police. The countries will not be allowed to replace the police officers once the situation improves.[/fusion_text][fusion_text] 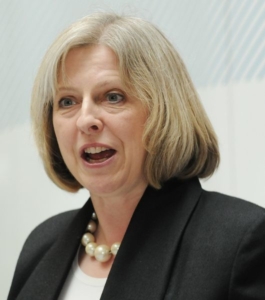